Some fun stuff has gone down recently.  Last week, my sister and I went back to Headliners Music Hall in Louisville (the site of the Aaron Tap meeting) and sold merch at Rachel Platten's show.  While there, we had the privilege of meeting Rachel, Craig Meyer (drums), and Madi Diaz who was opening for Rachel on her 53 Steps Tour.  Simply put, the show was amazing.  This two ladies are just so incredibly talented and have such beautiful voices.  Add to that how sweet they are when you meet them and there's no way you can't love them.

I wrote up a little something-something about that night and it was posted on ourvinyl.com which was another cool thing that happened.  If you haven't seen it, you can read all about it here.  I took the pictures that are featured in the article myself that night.  Here are a couple more that weren't included. 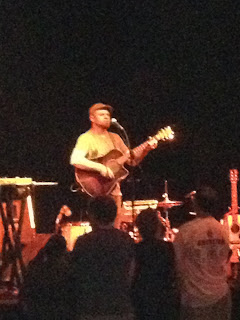 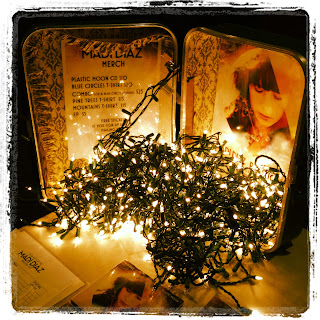 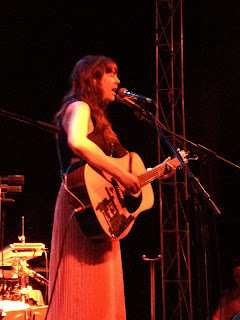 Madi Diaz - it's so hard to get a stage picture without someone's mouth open! 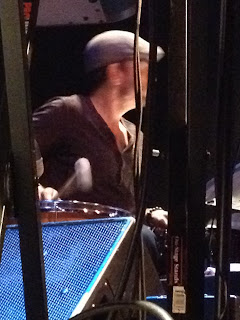 Craig Meyer - drummin' it up! He was mostly blocked from my view by keyboard stuffs 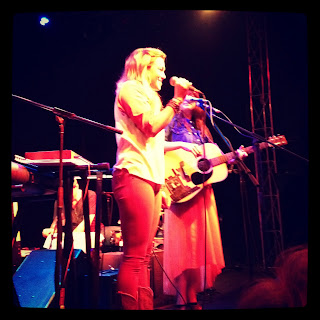 Rachel and Madi right after singing Robyn's "Dancing by Myself"

Here is a little bit (literally just a minute) of Rachel and Madi singing "Dancing by Myself".  Of course now I wish I had the whole song, but it was so beautiful, so goosebump-inducing that I was way more interested in just listening to them sing it than I was recording it at the time.

﻿As an added bonus, after Rachel's tour ended, Madi Diaz stayed on the road in support of Harper Blynn and returned to Louisville less than a week later!  They played a little bar called Zanzibar (or zBar) last night.  Because she is so freaking good and my husband hadn't seen her yet, he took me to the show last night.  As soon as her set was over he turned to me and said, "Okay, why hasn't she blown up?" to which I replied, "Because people are fucking stupid and they don't know what's good."  Seriously though, her voice is so good live that it's just ridiculous.  He is still talking about it today.

I had planned to buy an actual physical copy of her CD (can you imagine??) and have it signed, but her mom and some people she knew were at the show and when she had a free minute, she was talking to them.  Well what kind of asshat would I be if I interrupted a conversation with her mom??  Sure, maybe it's not too rude to interrupt someone to tell them that they're awesome, but I still didn't have the heart to do it.  I know she'll come back to Louisville one day and I'll tell her she's great then, it'll keep.  Anyway, we got to see a couple songs by Harper Blynn and they really are quite good, but mornings start hella early around here and I couldn't take another super late night during the week, so we had to shag out of there and get our old asses to bed.  Hopefully they'll come back thru Louisville soon too on a more hospitable night cause I'd love to see them, especially after I get a little more familiar with their music.

That's been pretty much it.  Not much else going on musically, I've been listening to Rachel and Madi a lot lately, sprinkled in amongst the usual suspects.  I'm also still waiting to someday get tired of Dr. Dog's Be the Void which I've been playing the shit out of for the last couple months.  I did craft a mind blowing play list that I've been listening to for weeks, I'll share that with you soon.
Crafted for your reading pleasure by Stephanie at 10:47 PM